“In the late 1960s, our first catheter-tip transducer was designed by Huntly Millar, with the help of Dr. Bill Hall, as they flew a small plane through the nighttime skies of Arizona.”

This moment is the beginning of Huntly Millar's legacy and his passion for solving the challenging pressure measurement problems faced by physicians and researchers at that time. Today his legacy lives on as Millar's OEM engineers are solving the these same challenges for other medical device companies. 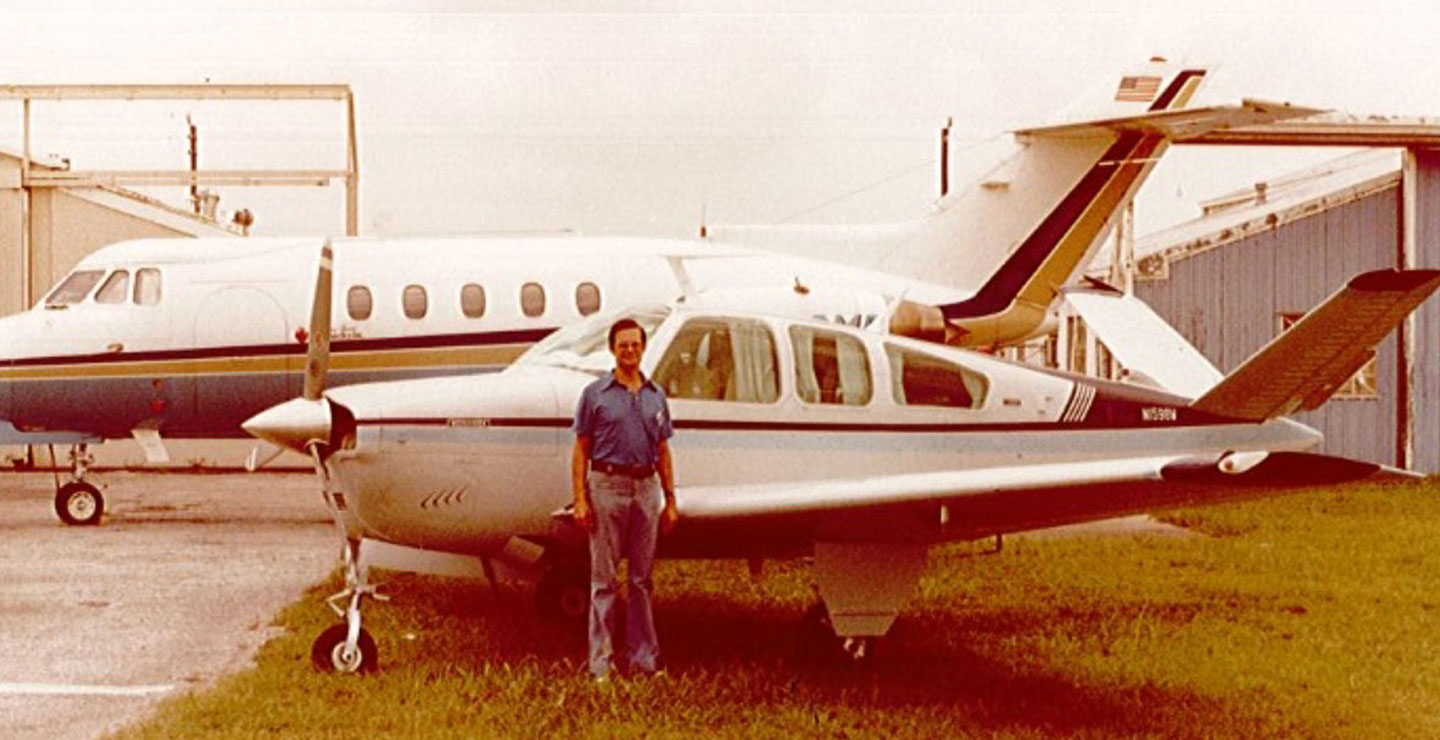 It would be easy to say “from such humble beginnings, a company was formed,” but that would be right and wrong. It was a new venture that took intelligence, ingenuity, dogged determination, an entrepreneurial spirit and a drive to succeed. It was also, however, not the first time Huntly Millar had stepped out on his own.

This was technically his third medical device company. The first, E&M instruments, was a product of his time at the Baylor College of Medicine biomedical engineering department. Working with Dr. Les Geddes, the biomedical engineering group had developed a number of innovative devices, and Dr. Geddes suggested that a private company might do well bringing those products to market. Huntly did just that. The most well-known of the products was the Physiograph, one of the first multi-channel chart recorders with multiple plug-ins for easily changing the function of the channels. After a successful few years, they attracted the attention of the Narco Corporation, which was interested in entering the medical business. A deal was struck, and E&M instruments became Narco Biosystems.

After a successful few years, Huntly got restless and decided it was time for something new again. He left Narco and started Millar Instruments, Inc. in his garage in 1969. He rented the first office space in one of the Houston Office Center buildings in 1971. By 1987, the company had expanded to take up all three buildings, which were then purchased.

Millar Milestones Over the Years

In 2001, Huntly was awarded the Laufman-Greatbach Prize by the Association for the Advancement of Medical Instrumentation (AAMI), for outstanding accomplishment with a significant impact on a specific medical device. Included in the presentation was the statement, “Millar catheters have come to represent the ‘gold standard’ for accurate measurement of pressure, flow, and volume in humans, and have become essential for acquisition of accurate hemodynamic data in assessment of pediatric and adult cardiovascular function.”

In 2004, Millar Instruments was presented with the Excellence in Engineering and Entrepreneurship award by the MIT Enterprise Forum® of Texas for being the developer and manufacturer of Mikro-Tip® pressure transducer catheters and pressure-volume (PV) systems.

Huntly was intimately involved in the engineering and production of every product the company made. Though engineering was his passion, he had no problem going over to the production floor to help solve a problem or explain why something was done the way it was. He had a great passion for developing new things and sharing them with others. He loved showing off a new idea or device to someone and explaining until their eyes lit up with comprehension.

Huntly loved going to trade shows and working in the Millar booth. It was an opportunity to explain to customers and potential customers why they would benefit from using Millar catheters. He always brought something new to demonstrate. It might be a new product, a conceptual idea, a way to demonstrate the effectiveness of Millar products, or just something fun he built and wanted to show off. Inevitably, a series of colleagues and old friends -- students, med students, cardiologists, administrators and business owners -- stopped by to visit and catch up with the latest at Millar.

Very humbled by the high regard the medical community held for his products, Huntly was proud that Millar products contributed so much to the advancement of medical science and the effective treatment of patients. His legacy and passion for innovation lives on at Millar, where our employees strive to leverage the latest technology to improve patient outcomes and enable new scientific discovery through collaboration with today's Millar customer.

Millar has been collaborating with our partners for years to help create breakthrough products that shape the future of medicine. Carrying on the innovative tradition of our founder, our dedicated team excels in pressure sensor integration and has the expertise to help move projects forward, reducing the cost and time to market.

Want to learn more about Millar or its products? Ready to bring your medical breakthrough to life? We welcome your questions, ideas, and opportunities to collaborate. Contact Millar today to see how we can make it happen together. US Headquarters T: +1 832.667.7000 Toll Free: 800.669.2343 (US Only)